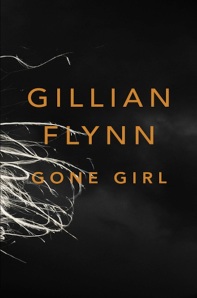 The blurb: ‘What are you thinking, Amy?’ The question I’ve asked most often during our marriage, if not out loud, if not to the person who could answer. I suppose these questions stormcloud over every marriage: ‘What are you thinking? How are you feeling? Who are you? What have we done to each other? What will we do?’ Just how well can you ever know the person you love? This is the question that Nick Dunne must ask himself on the morning of his fifth wedding anniversary when his wife Amy suddenly disappears. The police immediately suspect Nick. Amy’s friends reveal that she was afraid of him, that she kept secrets from him. He swears it isn’t true. A police examination of his computer shows strange searches. He says they aren’t his. And then there are the persistent calls on his mobile phone. So what really did happen to Nick’s beautiful wife? And what was in that half-wrapped box left so casually on their marital bed? In this novel, marriage truly is the art of war…

My review: Rarely has a book recieved more hype than Gillian Flynn’s Gone Girl. Having previously read Flynn’s Sharp Objects and finding it to be a really fantastic crime novel I was ready, for once, to believe the hype and I wasn’t disappointed although it could be tempered a little bit!

The cover is gorgeous. I saw it in hardback at the Harrogate Crime Writing Festival lat year and thought I must have that book. Matt black with striking orange lettering it put all the other books in the shade. So I finally began it, six months later and it was an unearthly struggle. The book is split into two parts and I’ve had to give this advice to two friends of late but DON’T GIVE UP ON THIS BOOK! Part one feels interminable, the characters are cold, you don’t warm to them, the location is bland, the crime appears predictable and tired. All I can see is it’s the biggest situation set up in literary history. By Part two, possibly even two pages in, I was completely and utterly hooked. I wanted to know what was going to happen so badly that I read the second part in less than two hours. In one go! The twist and turns of this book, the cleverness and sheer ingenuity in the depths of evilness a human mind can go to is worth of every last little moment of hype the book has recieved in the last year.

My issue with the book though and one reason for my rating is this; in a world where time is precious and there are so many excellent books to read I felt no book should be allowed over a hundred pages of dreary narrative to get to the point where it’s a page-turner. This wasn’t one for so long that I can imagine many would give up on it. And having read other online reviews there seems to be a universal opinion that Part One is shockingly bad.

However there is no contesting that this book is ridiculously clever, very well plotted and thought out. By Part Two I came to see the twisting, shifting nature of it and the ending, well, it’s f*cked up. Nothing is ever straightforward with Gillian Flynn! This is a fantastic example of a crime book with absolutely no boundaries, it will keep you up thinking… late into the night. (When you get past Part One!)